Welcome to the free information sessions about the production. Representation advises doctors. To register for the lecture or consultation, please call tel. +370607 77169 or e-mail us [email protected] (private consultation costs 12 Eur.) 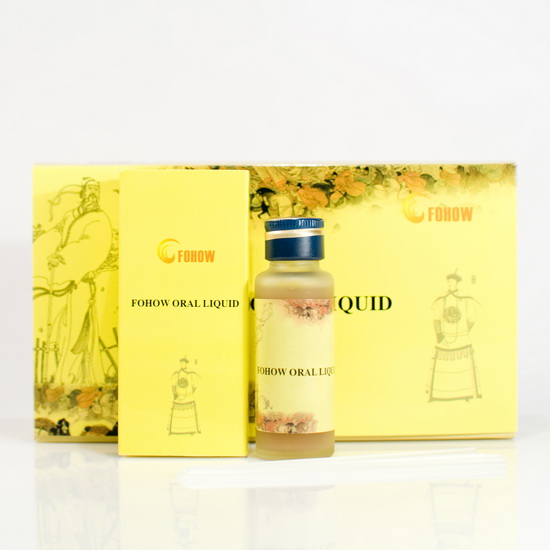 Cordyceps Fohow Oral Liquid, of which the formula is updated by Mr. Tang Youzhi, Honorary President of China TCM Research Academy who is named as “Modern Archiater” , based on the “Royal Formula” together with application of modern molecular engineering and the biological science and technologies…

Cordyceps Fohow Oral Liquid, of which the formula is updated by Mr. Tang Youzhi, Honorary President of China TCM Research Academy who is named as “Modern Archiater” , based on the “Royal Formula” together with application of modern molecular engineering and the biological science and technologies as well as low-temperature technology, vacuum concentration technology and the patented cell disruption technology to provide the oral Cordyceps Sinensis with more obvious and reliable efficacy, making it able to regulate your organisms. The incorporation of multiple functions enables this product to be the best combination of traditional theories on life cultivation and modern technologies.
The Oral Ganoderma Lueidum-Cordyceps Liquid is capable of enhancing the immunity of cells, promoting the growth of leukocytes, increasing the volume of immunoglobulin, inducing the generation of interferon, activating the activity of natural killer cells and increasing the weight of immune organs such as the thymus glands, the spleen and the liver so as to enhance the resistance of human body to all kinds of diseases. It is particularly applicable to patients who are difficult to recover from diseases, people who are weak and in ill health and those who have low resistance to diseases.

(1) The Mechanism of Fohow Oral Liquid in Cancer Suppression: ① Able to activate the effector cells, enhance the ability of organs to kill tumors and to relive the tumors, induce the synthesis and excretion of cell factors and protect the normal cells; ② Able to suppress the generation of immunosuppressive factors which can cause the tumor cells, repair and enhance the sensitivity of organs to the cancer effect and strengthen the effect capacity of the organism and speed the division growth of the marrow cells and improve the blood-producing function. ③Ganodenic acid is able to kill the tumor cells.
(2) Anti-cancer Effect of Fohow Oral Liquid: ① Able to strengthen the effect of medical treatment; ② Able to create the opportunities for medical treatment; ② Able to prevent the spread of tumor; ④ Able to reduce the toxic and side effects: the toxic and side effects can be lowered down after radiotherapy and chemotherapy; ⑤ Able to sharpen your appetite and improve your sleeping quality.
2. Able to relieve the respiratory diseases: Fohow Oral Liquid is able to relive the pain in the nonstriated muscle and the cough, having an obvious effect on relief of cough, expulsion of phlegm, elimination of diminishment of inflammation, prevention of infection and enhancement of the ill-resistance of the respiratory system. It has also obvious effects to cure some lung diseases such as chronic bronchitis and bronchial asthma.
3. Able to protect the liver: Fohow Oral Liquid has the functions to protect and detoxify the liver and is able to promote the metabolism of the liver against drugs and toxin, protect the structure of liver cells, adjust the synthesis of protein, enhance the reproduction capacity of the liver and effectively improve the liver functions.
4. Prevention and Treatment of Cardio-cerebral Diseases: Fohow Oral Liquid has two-way actions on the blood pressure, which is able to diastole the coronary artery, expand the capillary vessels, improve the microcirculation, purify the blood, lower down the content of cholesterol and medium-sized fat in the blood, prevent and dissolve the thrombus in the blood vessels, promote the blood circulation and has the protective function in case of acute myocardial ischemia.
5. Able to prevent and treat diabetes: The content of sugar in Fohow Oral Liquid is quite low so that it can speed the metabolism of the dextrose so as to lower down the content of blood sugar, increase the viscosity of the plasma insulin and support the treatment of some diseases caused by the diabetes such as coronary heart disease and the hypertension.
6. Fohow Oral Liquid is able to adjust the central nervous, enhance the sleeping quality and the climacteric syndrome. This product is also used to smoothen the nervous, calm down your mind, relive the pain and help to recover from the soreness and weakness of waist and knees, insomnia and forgetfulness, dizziness and tiredness, impotence and spermatorrhea
7. Fohow Oral Liquid is able to relive fatigue, disintoxicate the wine and rehabilitate the drug addiction, accelerate the recovery from fatigue and effectively prevent the over-labor damages.

Heart Diseases: Rheumatic Myocarditis, Myocardial Infarction, Arrhythmia
Lung Diseases: Phthisis, Emphysema, Asthma, pneumonia, chronic bronchitis.
Nephropathy: Nephritis, Bleeding from Renal Tubule, Uremia and Diabetes
Liver Diseases: Acute/Chronic Hepatitis B, Hepatitis C and Hepatocirrhosis
Encephalopathy: Cerebral Apoplexy, Encephalanalosis, Cerebrovascular hardending.
Blood Diseases: Hypertension/Hypotension, Hyperlipoidemia and Congenital Anemia.
Able to Restrain the Growth of Cancer Cells: Nasopharyngeal Carcinoma, Lung Cancer, Carcinoma Ventriculi, Liver Cancer, Lymphoma, Leukemia. This product will be more effective if used together with the chemotherapy.
Diseases caused by Disorder of Immune System: Prone to cold, hyper susceptibility and stomatitis.
Symptoms Caused by High Pressure: Fatigue, Tiredness, Languishment, Neurasthenic, Dreaminess and Anorexia.
Formula: Aweto 70%, Dried Mushroom 15%, Ganoderma Lucidum 10%, Honey 2%, Common Macrocarpium Fruit, Rossica, Rhizoma Polygonati Odorati, Radix Ophiopogonis
【Storage】To be stored at a cool and dry place. If it can’t be taken completely once, it is a must to store it in a refrigerator.
【Administering Method】For adjuvant treatment, the concentrated type must be used. According to the conditions. For mild patients, take 1-2 bottles per day, and for serious patients, take 2-4 bottles per day. For patients suffering diabetes, uremia or tumor or receiving radiotherapy and chemotherapy, take 4-6 bottles per day. The best time for administering this product is in the morning or in the evening without food; For healthcare purpose, concentrated or healthcare type can be used. According to your physical conditions, take one bottle at a interval of several days or take 2 bottles per day.
【Administering Period】For weak persons, 5 to 10 days as one period of treatment; For specially weak persons, 10 to 20 days as one period of treatment; For seriously-ill patients, 30 days as one period of treatment. When any period of treatment is completed, stop taking this products for three days and then continue the next period.